18th July 2016, was the next stage of the extraordinary journey of Chandra and the mice of ‘The Heartstone Odyssey’ which took shape at Whitechapel Station with Sir Derek Jacobi, special guest to unveil the exhibition on the platforms, a small part of the ‘Chandra’s London’ exhibition, produced by Heartstone in partnership with Transport for London, the Metropolitan Police and many of London’s communities, which takes audiences into the real-life locations from the Heartstone world.

‘Chandra’s London’ is a photodocumentary of the life of the city and takes its name from the heroine of the story, a young woman whose experiences of London span the full range from great joy to real lows. Just like the story, the exhibition celebrates a common humanity and the need to challenge intolerance whatever form it takes.  Produced by Heartstone photographer and writer, Nick Sidle, over a period of 30 years, it is a unique view of the city. Much is unplanned street photography, some work is based on special access. With its message of empathy towards people regardless of their background, nationality, race, culture or faith, this is a timely project and event.

The exhibition has been produced in collaboration and with the assistance of Transport for London, the Metropolitan Police Service and many of London’s communities all of whom have provided special access for ‘behind the scenes’ coverage. The section of the story covering Brick Lane and Whitechapel was gathered with assistance from the young Muslim men and women resident in the area and connected with the Osmani Centre and its predecessor, Brick Lane Youth Development Association.

‘Chandra’s London’ has grown over the years to become a substantial exhibition and has been presented in many varied locations across the UK and Europe, including the South Bank’s Royal Festival Hall, City Hall, New Scotland Yard, the House of Commons and other prestige settings.

This project highlights the partnership between Heartstone and TFL and is part of their ‘Placing Stations at the Centre’ initiative. None of the images are staged or posed but represent a ‘moment in time’.  The Whitechapel exhibition is the start of a series to be followed by the same concept on Hammersmith and Green Park Stations developing the story further, thus it will be reaching a significant population across the city.

Alongside this, MOPAC and Safer Southwark Neighbourhood Board have funded a group of young people in Southwark to take a small-scale version of the exhibition out across the borough for presentation in schools, youth and community venues and use it as a vehicle to elicit personal stories of people from all backgrounds and nationalities who have made their home there. The young people will be helping to host the event together with young people from the Osmani Centre.

‘The Heartstone Odyssey’, the inspiration for ‘Chandra’s London’, has captured the imaginations of some of the greatest names in the world of entertainment today including Sir Derek Jacobi, the iconic and award winning English actor and stage director who has enjoyed a successful screen and stage career appearing in productions such as ‘I, Claudius’ and ‘Hamlet’.  He is a founder member of the UK’s Royal National Theatre and has won many awards. His television career includes starring in the critically acclaimed ‘I, Claudius’ for which he won a BAFTA.  He is also known for starring roles in feature films such as ‘Gladiator’ and ‘Cinderella’ (2015) and other TV dramas like ‘Cadfael’ and ‘Last Tango in Halifax’.

The event however is more than an exhibition, it is the third in a series of events to mark the start of a journey to the big screen, this time highlighting London as one of the main UK centres of the film development project being led by Barrie Osborne, Oscar winning producer on ‘The Lord of the Rings’ films, sci-fi ‘The Matrix’ and ‘The Great Gatsby’  who fell in love with the stories and is bringing global names to this unique project. 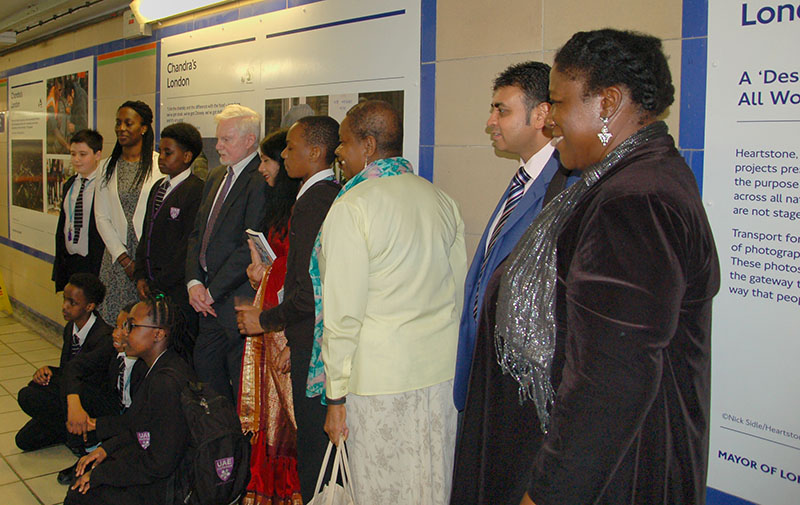 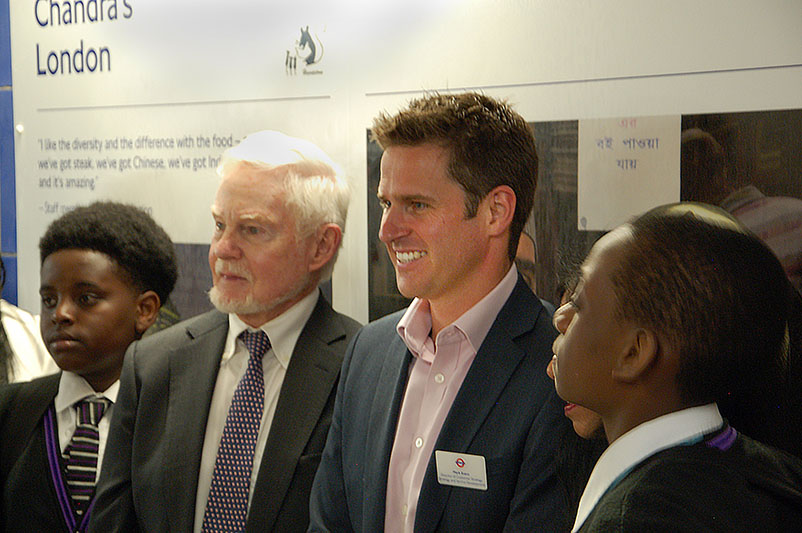 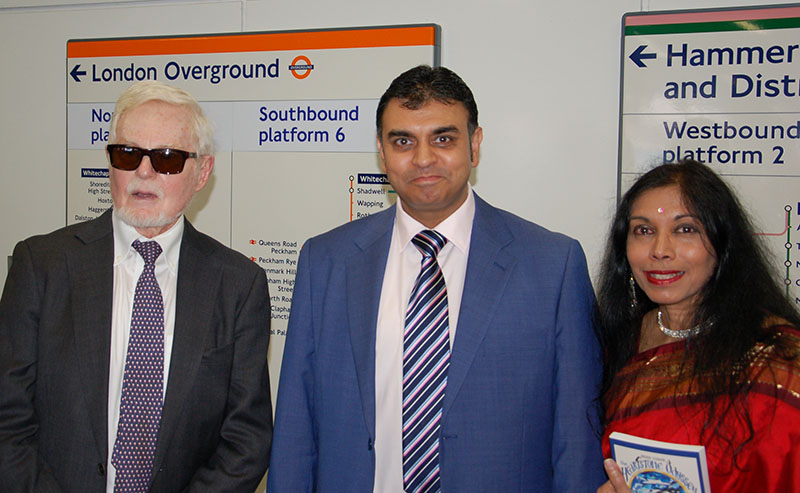 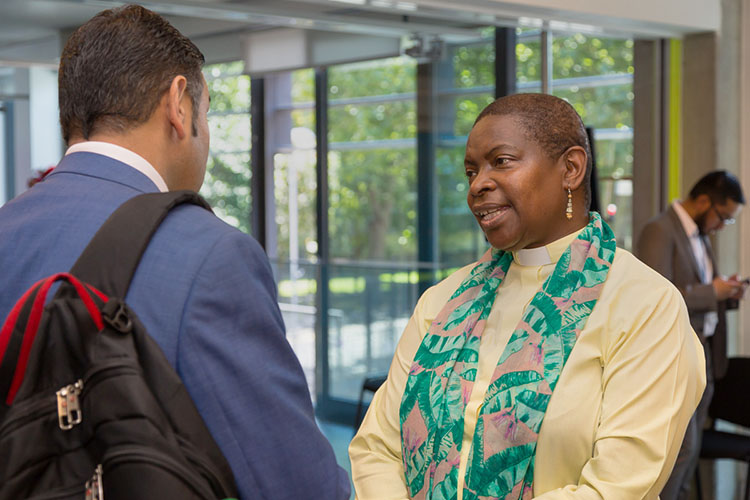 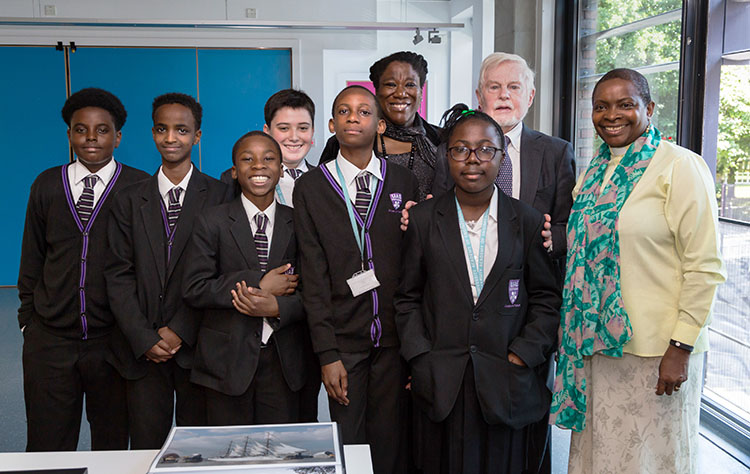 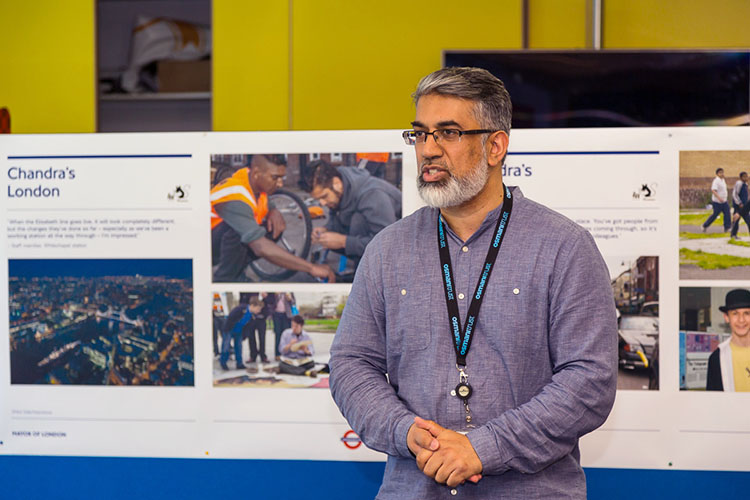 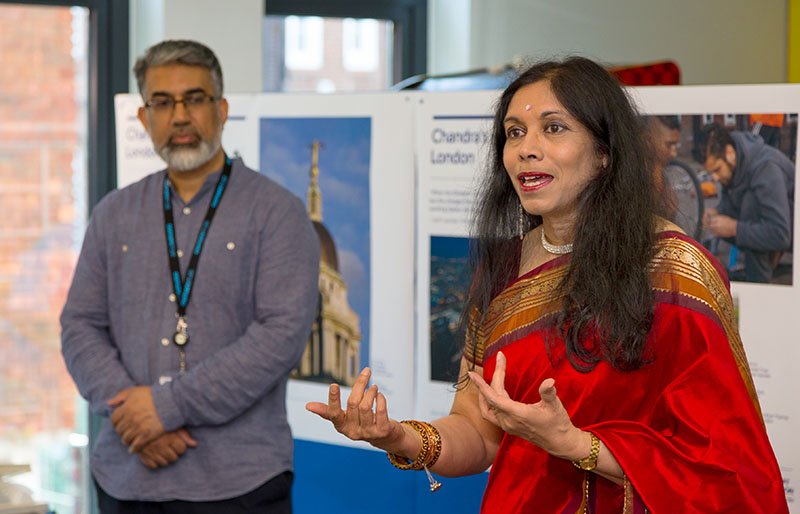 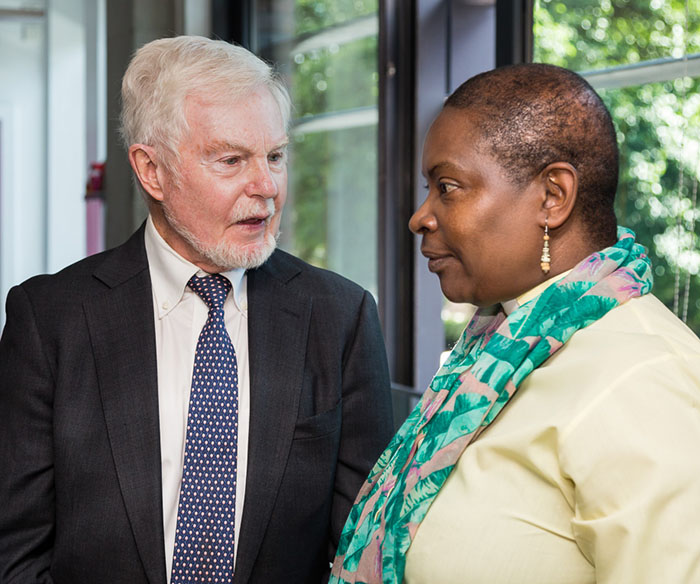 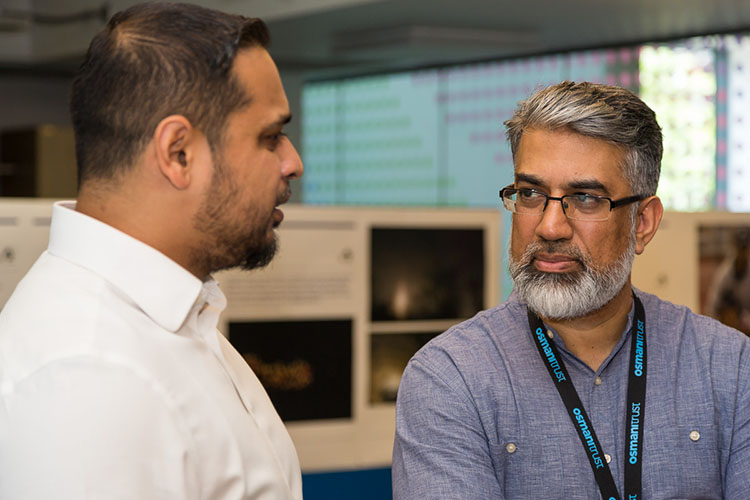 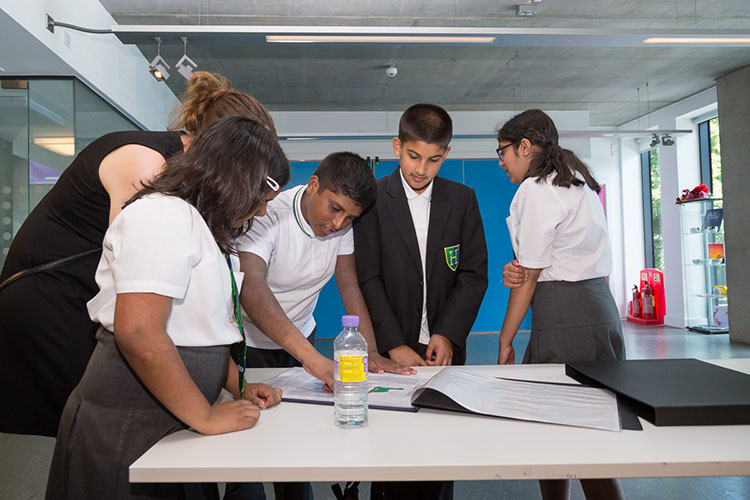 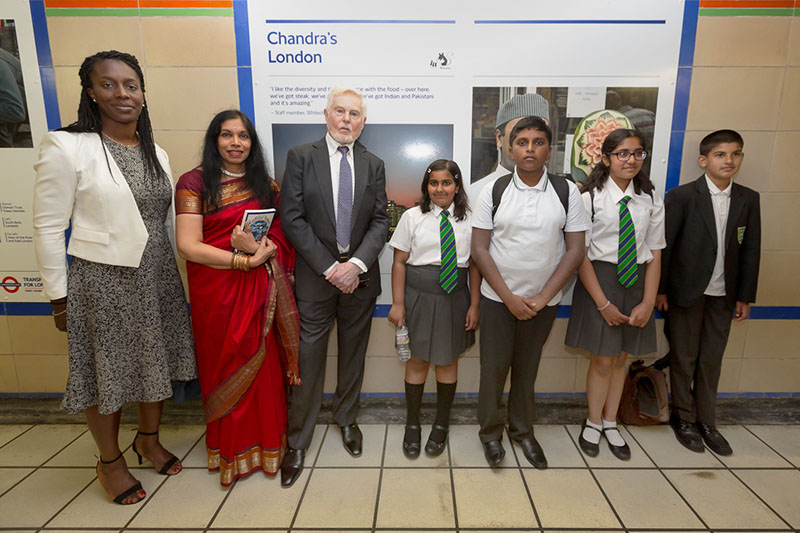 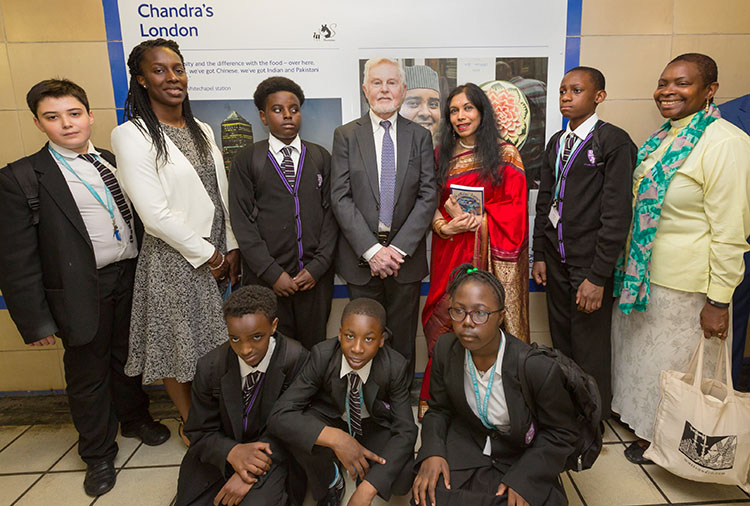 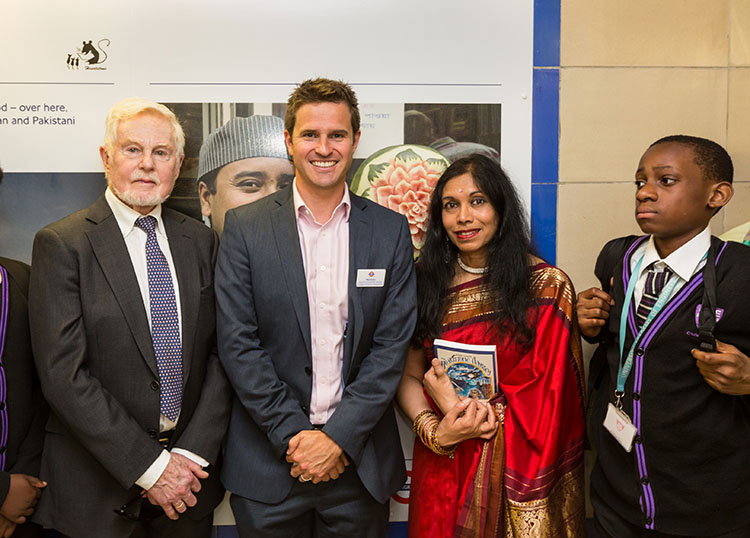 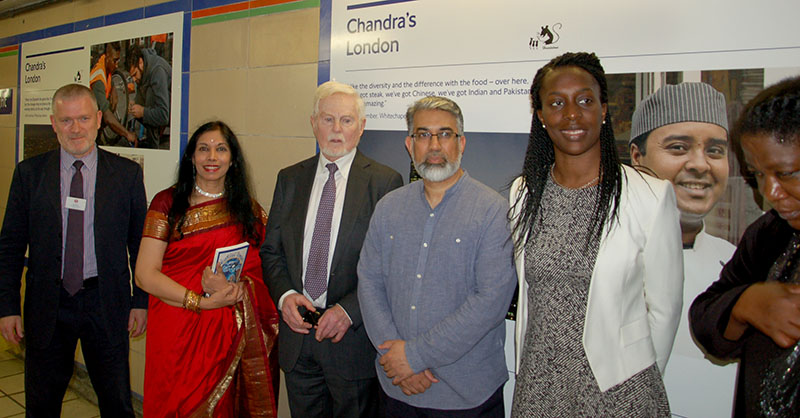