Elite Youth FC, a project initiative of the Football in the Community project (FITC) of Osmani Trust has witnessed both their youth and adult teams achieve a very successful football season. Elite Youth FC offers local young people and adults the opportunity to play competitive football in regional leagues across London and this year the teams have truly excelled in all age groups.

Abdal Ahmed, Football Development Manager said, “It’s been a long hard season but the managers, coaches, volunteers and players have worked extremely hard and this has paid off with great success.  Elite Youth is a community club and we want to encourage local young people and adults to participate and play competitive football at a good standard”.

The teams are now focusing towards the Bangladeshi Football Association (BFA) Summer League and summer tournaments, the Under 16 team will be travelling to Sweden to participate in the Gothia Cup hoping to extend their fantastic season.  If you are interested in joining Elite Youth or participating in the Gothia Cup tour please contact Abdal Ahmed on 020 7247 8080. 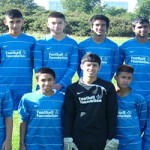 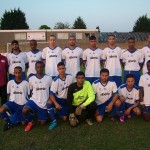